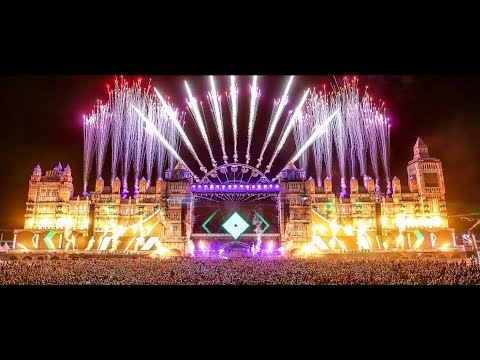 At Germany's biggest dance festival, all those who like to dance to electronic beats with like-minded people all night long are in good hands. In 2020 the Airbeat One Festival celebrates its 19th anniversary.

How does it feel to stand on Germany's biggest stage and throw a cake into one of 55,000 techno faces? Only star DJ Steve Aoki knows that, and he also indulges in this tradition on his visits to Airbeat One. At least nobody has to shove to get to front row - because "in front" is actually everywhere along the 130 meter wide show area. These are mystical pictures when the crowd is illuminated by the colourful disco lights at dawn above the airfield in Neustadt-Glewe.

2019 there were lots of famous DJs on stage at Airbeat One: With DJ Snake, Afrojack, Alan Walker, Martin Garrix, Steve Aoki, the Chainsmokers and many more the night was celebrated.

Magic moments in the here and now, and memories that stay forever: Hamburg-based photographer Kevin McElvaney spent an entire summer capturing the atmosphere at various festivals in the Hamburg Metropolitan Region. This has resulted in a colourful, emotional photo exhibition, which has also been turned into an illustrated book – The Festival Album.
Discover now

One city of unlimited music experiences Music in Hamburg

There are a thousand good reasons for embarking on a music-themed trip to Hamburg – from classical and electronic festivals to music history, and from live gigs to club culture, there is plenty to be discovered here.
Discover now

In 2021 the Beach Volleyball Major Series will be held in Hamburg - in front of 13,000 enthusiastic fans in the tennis stadium at Rothenbaum.
More

The motto of the "Lessingtage" in 2020 at Hamburg’s Thalia Theatre, was ''Who owns the world''. The highly varied programme included, among other things, in-house productions and diverse (international) guest performances. The 12th Lessing Days will probably take place in January and February 2021.
More

The all-time classic among Hamburg's sports events: The 35th Haspa Marathon Hamburg is scheduled for April 25, 2021. Since its first edition in 1986, the participants euphoria has been undiminished. Every year, over 18,000 amateur and world-class athletes take part in the competition in the Hanseatic city.
More

No reviews available.
Write a review

We process your data in accordance with the provisions of our Data Privacy Statement.