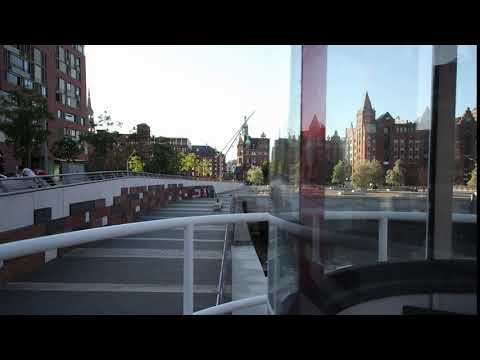 Tip: The different attractions of the Speicherstadt are also easily accessible with the city tour bus. Some important sights located in the Speicherstadt are for example the Miniatur Wunderland, the Hamburg Dungeon, Spicy's museum for spices from all around the world and the coffee museum Burg. Right next to the Speicherstadt, the futuristic HafenCity project is currently being built. The planning of the housing scheme of the future naturally fascinates many visitors, and tours are offered accordingly that also pass by the Elbphilharmonie construction site, the Spiegel Group publishing building as well as numerous top restaurants.

You should see this Sights in Hamburg

In addition to the harbour, the Alster forms the maritime face of the city of Hamburg. The Alster, divided in to Binnenalster and Außenalster by the Lombardsbrücke, is a meeting point and attraction for tourists and Hamburgers alike.
More

Explore one of the largest non-nuclear submarines in the world, U-434 U-434 submarine museum

Explore one of the largest non-atomic submarines in the world, U-434. It was once used by the Russian Navy for espionage, now it is moored in Hamburg as a submarine museum.
More

Kaispeicher B, the oldest warehouse in the Speicherstadt and HafenCity, lies where the Magdeburg and Brooktor harbours meet and forms a unique entrance to the Überseequartier.
More