„The booking process has been very clear. Thanks to the security guarantee of Hamburg-Tourismus we are already booking without risk!”

„Booking by telephone was uncomplicated and the staff very friendly. We are already looking forward to the musical in Hamburg.”

„I've often heard that the musical is to come to Hamburg. Now we didn't wait long and booked directly online.”

„It really couldn't be easier than with Hamburg Tourismus. Hotel and tickets with the best seats are available here in a package and even with a security guarantee!”

„We came across the musical by chance and were immediately interested. The telephone booking was very uncomplicated and friendly. Now all we have to do is wait until it can start.”

HAMILTON – The Musical in Hamburg

This show is not to miss: HAMILTON, winner of 11 Tony Awards for Best Musical, among others, has already celebrated enormous successes on Broadway, Chicago and in London. Now the critically acclaimed musical production about the American founding father Alexander Hamilton will also be coming to Hamburg in 2022.

History meets modernity: The award-winning Broadway success by Lin-Manuel Miranda about the rise and fall of Alexander Hamilton, an American founding father, surprises with its unprecedented mix of the most diverse musical styles. Rap, Hip Hop, R&B, Pop, Soul and Jazz catapult the historical material into our here and now in a special way. And thus make HAMILTON a musical you must see.

Live at the Stage Operettenhaus

This musical hits the zeitgeist like no other. The historical story of love, strength and friendship is cast in a monumental stage production, which could not be more up-to-date with the music and voices of modern times. In October 2022, the Broadway success will finally come to Hamburg at Stage Operettenhaus.

HAMILTON tells the exciting story of the rise and fall of Alexander Hamilton, one of the founding fathers of the United States of America - probably the most interesting and dazzling. As a Caribbean immigrant, he works his way to the top with courage, charm and intelligence, becomes Adjutant George Washington during his life, marries into one of the most respected families in the country and fights the English in the War of Independence.

As co-author of the new constitution and the first US Secretary of the Treasury, he has had a decisive influence on the essence of the young nation. Both Hamilton's family life and his political career are exposed to numerous ups and downs due to his stormy temperament. His feud with his former friend and later political opponent, Aaron Burr, culminated in a dramatic duel on the morning of 11 July 1804, in which he died. But Eliza Hamilton, Alexander's widow, keeps his memory alive. 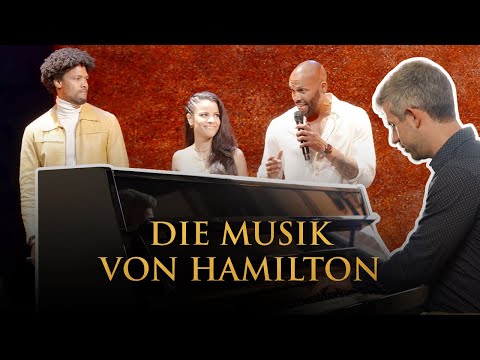 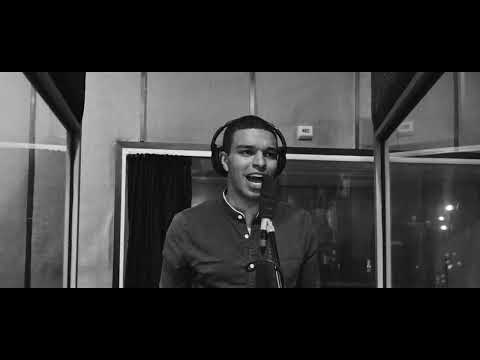 An extraordinary mix of music-styles

HAMILTON the musical combines various musical styles in a brilliant production: musical, hip-hop, pop, R&B and jazz. You can find out what makes the music of the hit musical so extraordinary in the video on the left. See the final result for yourself. Just this much: the music of the play is also revolutionary.

With over 25,000 words of English script and some fast rap parts, the German translation of the pieces was a real challenge. Rapper Sera Finale and musical writer Kevin Schroeder successfully took on the task. Get a first glimpse of the German musical version in the music video of the German cast (gallery on the left). HAMILTON creator Lin-Manuel Miranda says about it himself:  „You haven’t lived until you’ve heard ‚Satisfied‘ rapped in German!“. 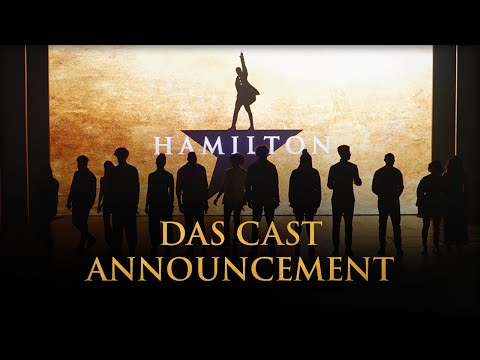 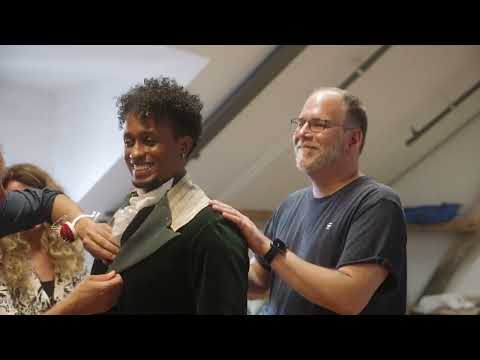 A cast with top-class actors

The actors in the main roles for HAMILTON might look familiar: musical stars Benét Monteiro (e.g. "Disney's THE ICE QUEEN", "MAMMA MIA!") and Gino Emnes (e.g. "ROCKY - The Musical", "TINA - The Musical") play revolutionaries and friends Alexander Hamilton and Aron Burr. Ivy Quainoo, winner of the first season of "The Voice of Germany", plays Hamilton's wife Eliza. The artists in the complete cast come from a wide variety of backgrounds, from musical to R&B, acting and hip-hop.

Costume designer Paul Tazewell won a Tony Award for the costume world of the musical HAMILTON. In the video you can have a first look at the historical costumes. The fitting process can take up to 16 weeks as each costume is made to measure and must fit perfectly for the performance. The imaginative outfits have a special effect on the performers and create the images on stage in Hamburg that you know and love from New York.

For the perfect arrival

The Stage Operettenhaus is located in the heart of St. Pauli on the Reeperbahn, in the immediate vicinity of the "Dancing Towers". A moving story is concealed behind this name. Opened in 1841 as "Circus Gymnasticus", it was renamed to "Central-Halle" about 25 years later and in 1920 to "Operettenhaus Hamburg". Neither destruction during the war nor any other ups and downs have prevented the house from maintaining its firm place in the cultural scene. Be inspired by this modern and at the same time traditional house. It has a modern foyer on two levels, whose large window front offers an exciting view of the famous Reeperbahn.

HAMILTON -From the Broadway to Hamburg

Plot, cast and the German adaptation. What makes the musical HAMILTON such a great success? What can you expect from the exclusive German adaptation in Hamburg? We clarify all questions about the hit musical in our magazine.